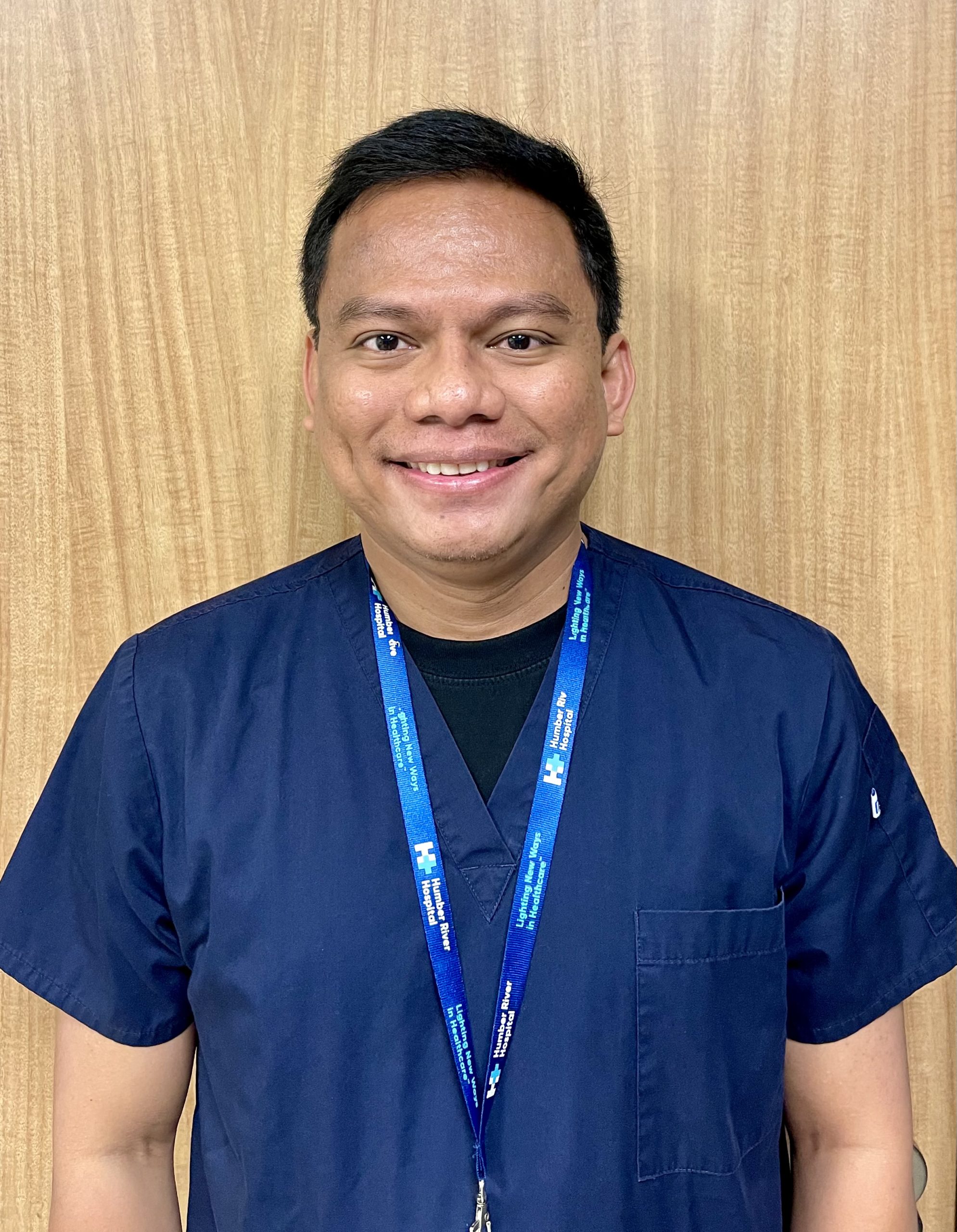 Rodolfo is the recipient of the 2021 Joan Lesmond Internationally Educated Nurse of the Year Award.

Rodolfo is the recipient of the 2021 Joan Lesmond Internationally Educated Nurse of the Year Award.

The annual award from CARE Centre for Internationally Educated Nurses (IENs) recognizes a member of the Registered Practical Nursing (RPN) community who demonstrates excellence and has faced challenges on their way to becoming a licensed nurse in Ontario.

His journey to becoming an RPN in Ontario is a story of overcoming struggles through sheer grit.

Rodolfo presently works at Humber River Hospital as an RPN, and holds a part-time position at UHN Toronto Rehab, and as a RPN vaccinator at Centre of Addiction for Mental Health (CAMH).

“I want to make a difference in the lives of my patients and in the Canadian healthcare system, Rodolfo said. “There will be challenges and although the process of accreditation is long and expensive, we shouldn’t let go of the goal. Have faith and persevere.”

When Rodolfo heard he had won the award, he received news from Philippines that his father had passed away. It was bittersweet.

The Filipino native had always dreamed of being a nurse in Canada, but the road to fulfilling that dream was not easy. He arrived in Toronto, Sept. 15, 2011 as a landed immigrant.

In the Philippines, he was a nurse, physical therapist, and a midwife. Rodolfo also holds a Master’s degree in nursing. But his international credentials were not recognized when he arrived in Canada. He was told he did not meet the eligibility criteria to be a RN.

So, Rodolfo applied to become an RPN. He passed the CRPNE in Feb. 2013. He worked as a caregiver while waiting for to be registered and volunteered with several organizations including CARE where he delivered educational programs. He says his struggles made him stronger and wiser.

“I have always wanted to do something in my career that was challenging, interesting, and made a difference in people’s lives daily,” Rodolfo said. “In the nursing profession, you deal with different aspects of patient care, and I enjoy the variety in the routine.”

Besides handling three jobs, Rodolfo has been active in his role as a sitting council member of the College of Nurses of Ontario (CNO) for the Central Toronto District.